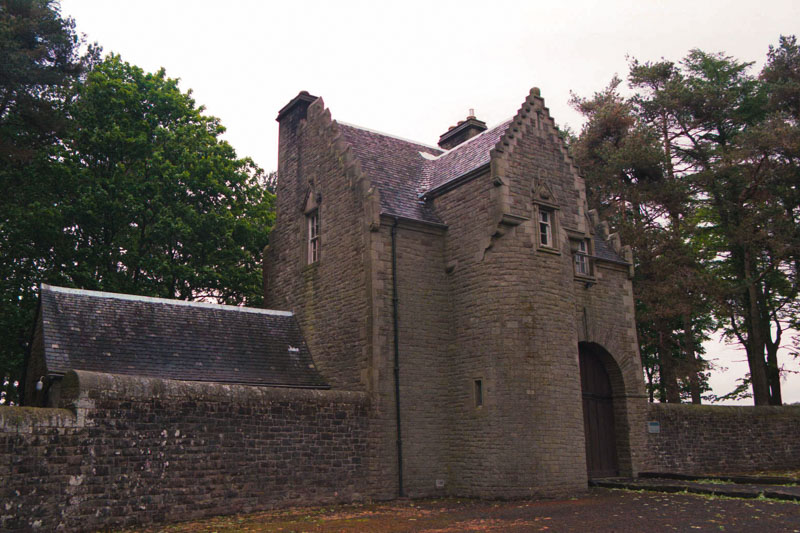 We drove all over trying to find this castle, and by the tiny little plaque on the wall, this is Rowallan Castle. It’s also marked very blatantly “PRIVATE” and “NO TRESSPASSING”. Further research leads me to believe that this is merely the gatehouse to Old Rowallan Castle, with the rest of the castle (noted ‘not accessible to the public’ by Historic Scotland) below and behind the stone wall.

This entire area was once surrounded by marshland, which would have made a castle here a good stronhold. The oldest part of the castle is from the 16th century. The gatehouse is 3 stories high, with an attic that dates from 1562. We’re assuming the ruined 17th century range is beyond the walls.

The gatehouse has a 20′ passage leading to the courtyard. The gatehouse looks formidable, but is only a showpiece — the walls are less than 3′ thick.

The castle originally belonged to the Comyns, but passed by marriage to the Mures. Robert II’s wife was Elizabeth Mure, an their son was Robert III.

Again, I’m not sure that this is really the castle. While it was labelled, I’m still wondering if this piece, interesting though it may be, is only a newer gateway for the private residence. If anyone has any more info, drop me a line. 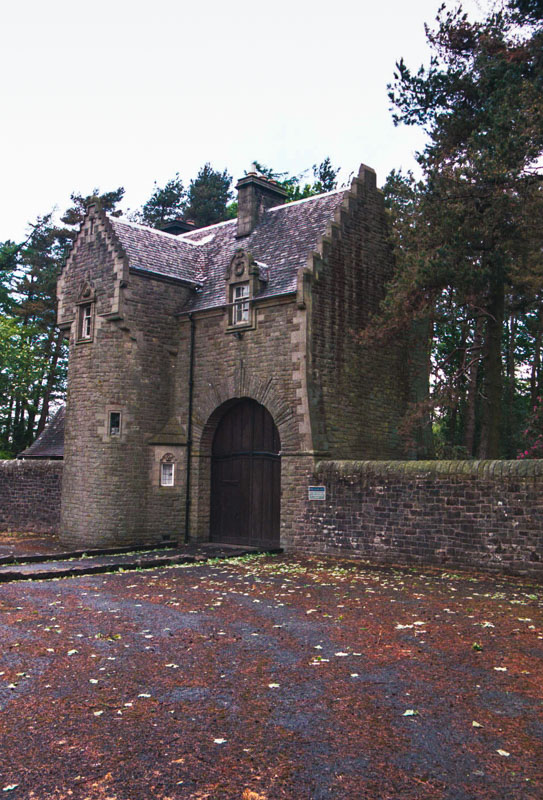