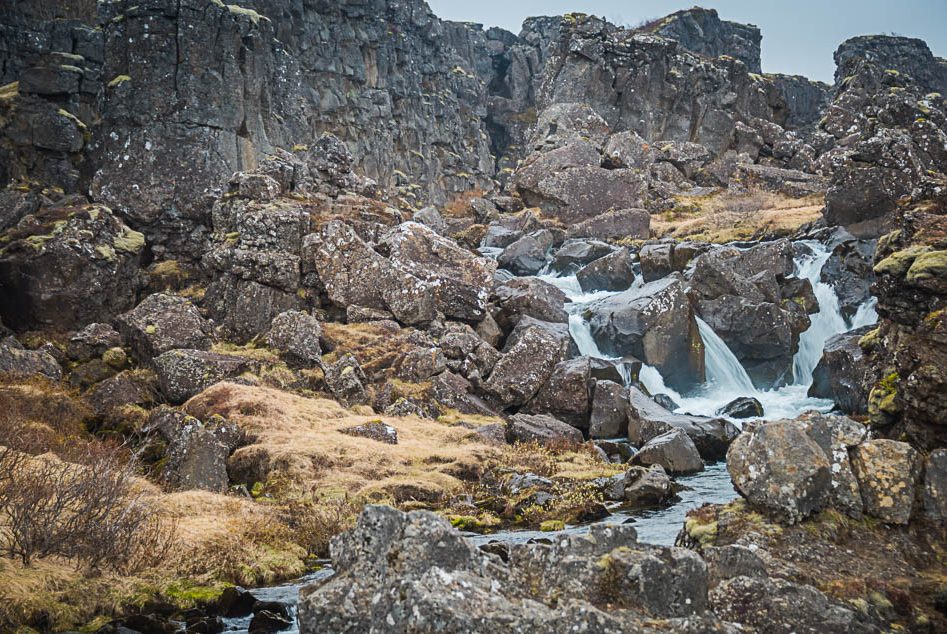 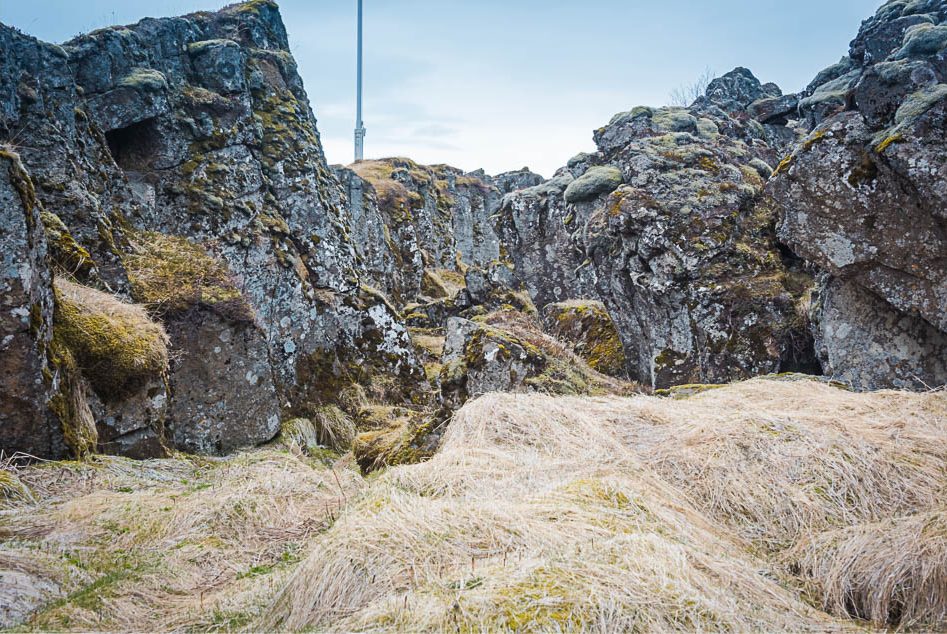 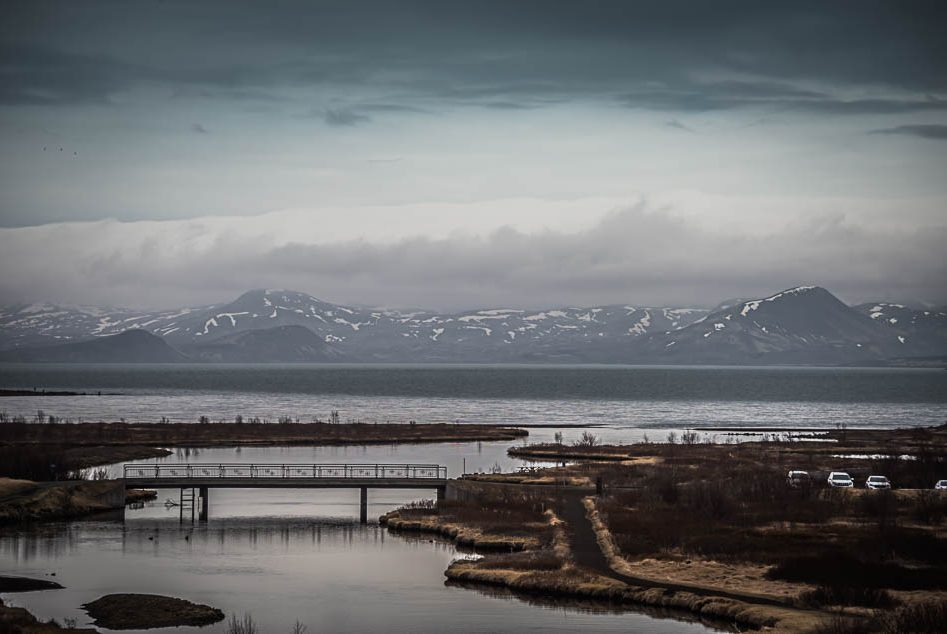 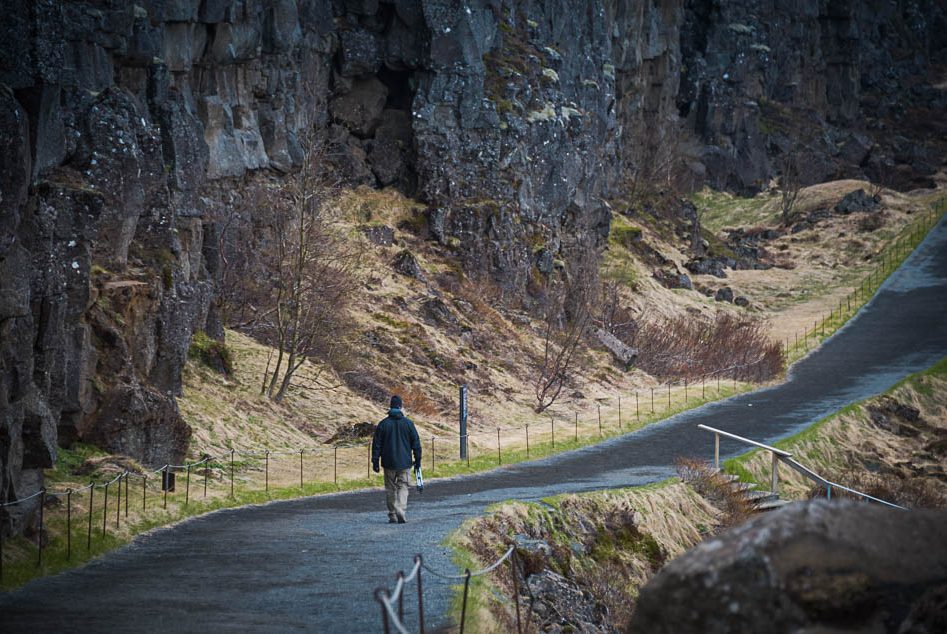 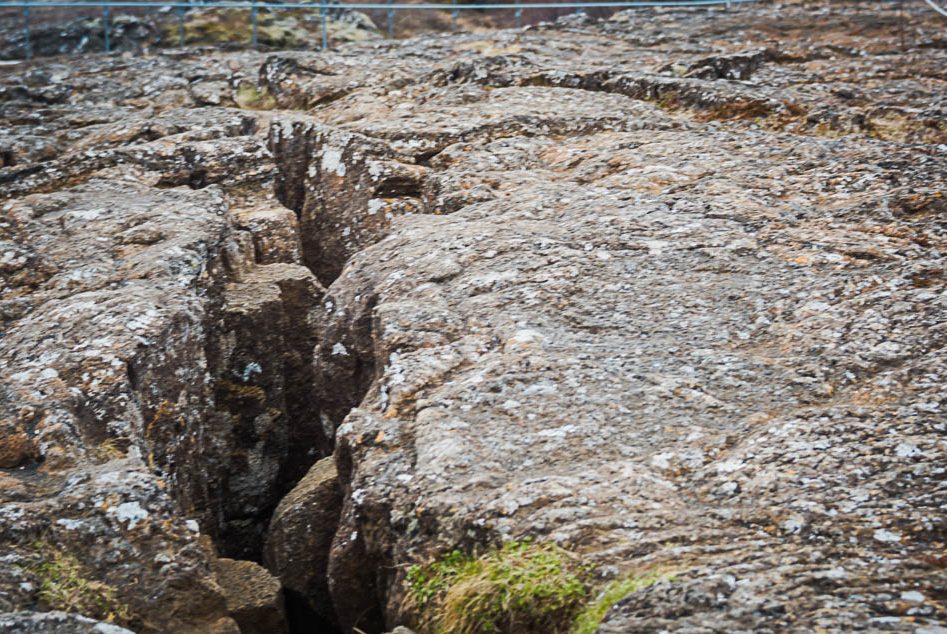 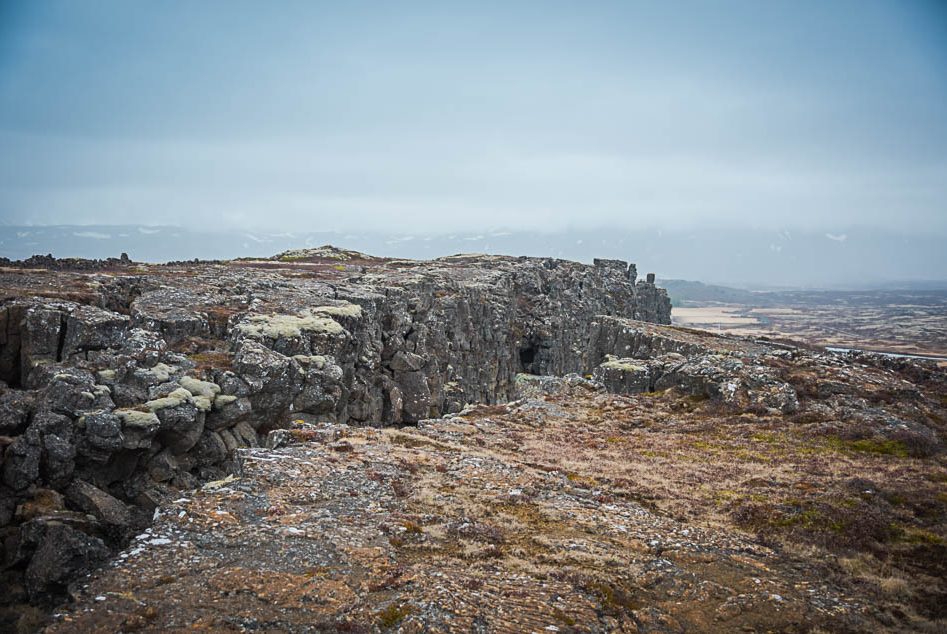 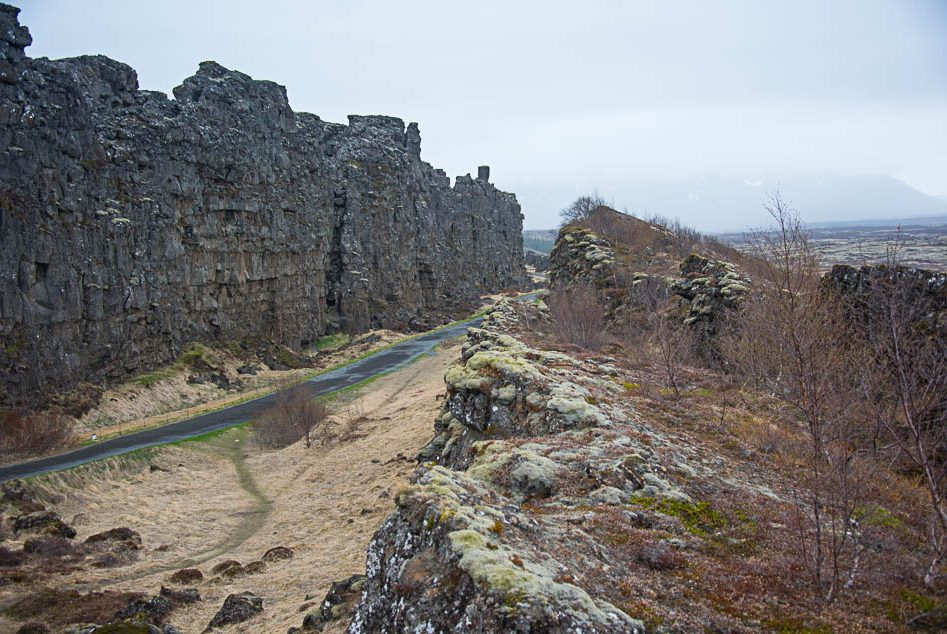 Þingvellir is perhaps the most historic spot in Iceland — site of the first parliament, the Alþing, in 930. It continued to meet in the “parliament plain” until 1798. The commonwealth period (930-1262) saw Þingvellir used as the legislative assembly.

The rift valley was seen as important, and sited along its length is the Law Rock and the assembly site where the rules of the commonwealth were spoken, and legal actions handled. No one is quite sure where the Law Rock (Lögberg) is situated, but a modern stage and flag have been erected about halfway down the path.  In fact, the historic locations are all unknown; it is assumed that the asembly site was along the narrow valley, spread out on the shores of the river.

The site has been a National Park since 1930 and is a UNESCO World Heritage site.

In the park are a number of rifts, notably Silfra, which is a world-reknowned diving destination. The primary rift, Almmanagjá, stretches along the northern shore of the lake. It is currently 64m wide and over seven kilometers long.