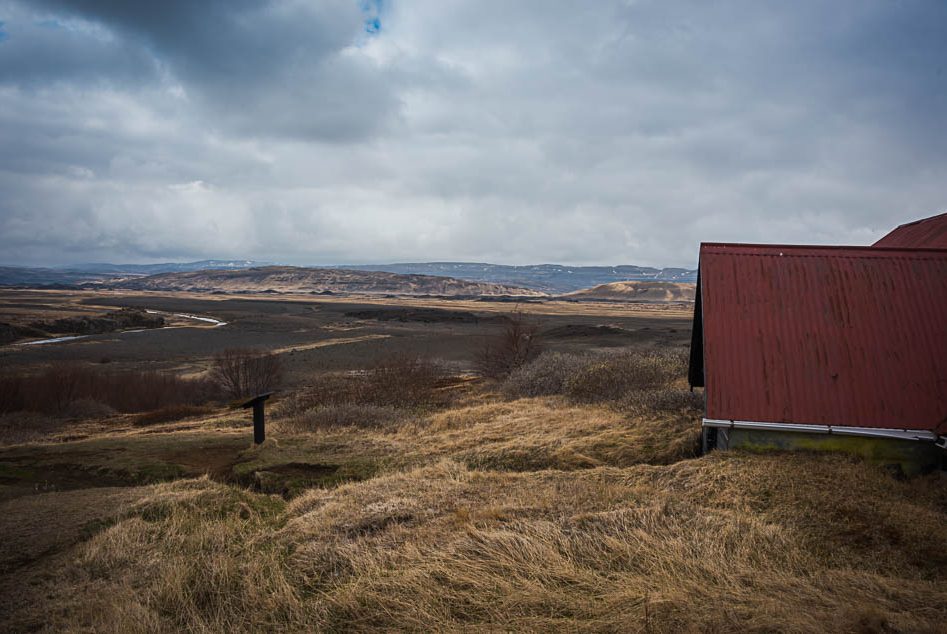 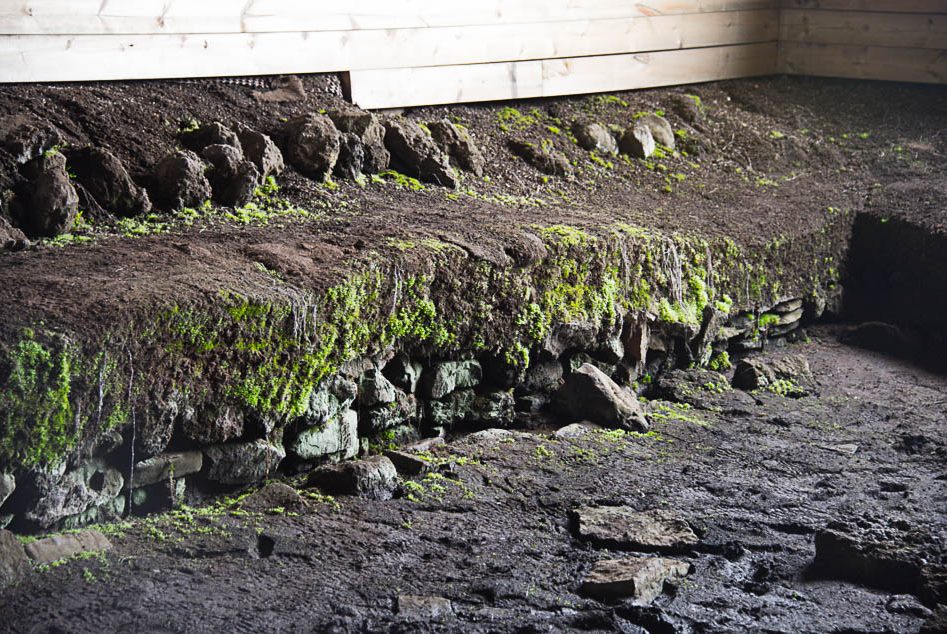 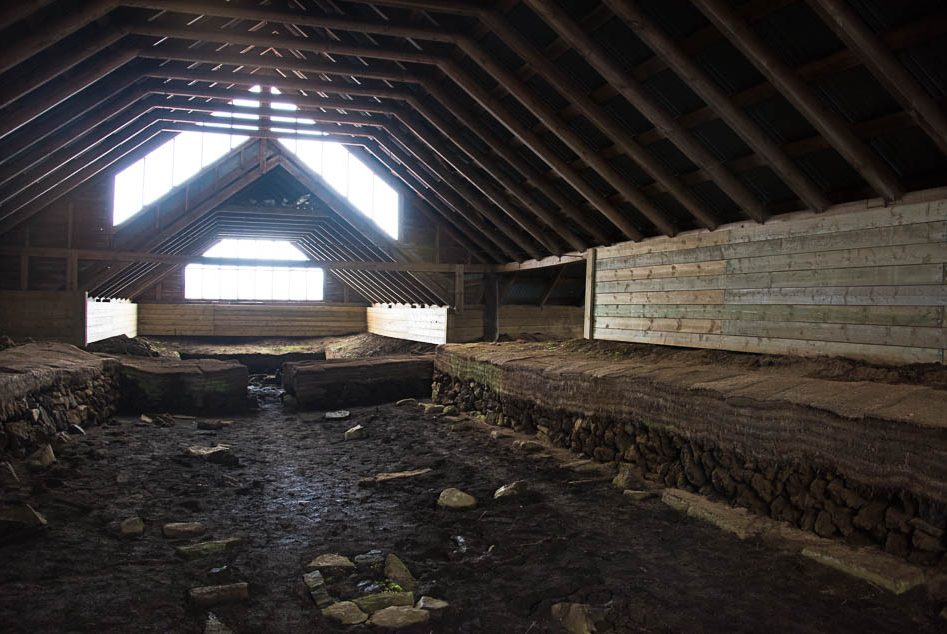 A stong is an archaic measure of land, about a quarter of an acre — the viking farmstead here was buried by the eruption of Hekla in 1104.  Excavations have revealed the stone and turf foundations, storage areas and living space, currently protected under a modern tin roof and beamed walls. The walls are primarily turf, the most common building material in Iceland for over a millennia. The thick layers of grass and moss are cut out with a knife and used as bricks for building.

The farmstead stands in the Þjórsárdalur valley, one of an estimated 20 settlement farms that were destroyed by the eruption. Eight of them have been excavated, but Stöng is the only open site. The ruins were under layers of tephra, volcanic stone and ash, and only excavated in 1939. There are remains of an older hall under the 12th century ruins.

Nearby, there are rough foundations of a barn, a church, and what appears to be a smithy. The farm was occupied for centuries, and is associated with Gaukur Þrándilsson (the same Gaukur linked to the river headland and viewpoint at Gaukshöfði, where he was killed).

Nearby, a detailed reconstruction of the farm was built in 1974, and is a folk museum now, called Þjóðveldisbærinn Stöng, based on the information from the excavations. This “Commonwealth Farm” is a medieval version of the farms in the area. It includes a small stave church.