Originally built as a rectangular tower castle in the 15th century. Later, in the 16th century, it was converted to a z-plan tower by adding round, 4-story towers on opposite corner. In the early 17th century, the central tower was enlarged under the design of Jonn Bell, a noted mason.

The corbelling at the wallhead of the original tower consists of a band of false gunbarrel gargoyles. The castle also has a luggie, a chamber in the vaulting of the hall that allowed an eavesdropper to go behind a window shutter on the parapet, slip inside, and listen to conversations in the hall.

The castle is marked (very prominently) ‘Private’, and is not very inviting. It is not open to the public except by appointment, according to the sign. We saw this on our way to see duffus castle). 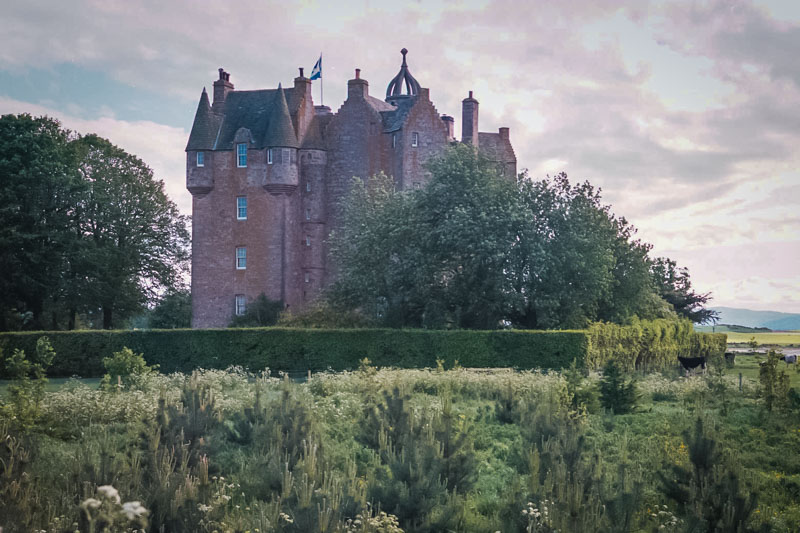