Craigmillar Castle was first mentioned in 1212 and purchased from John de Capella by Sir Simon Preston in 1374. The Prestons built a new castle on the site of an older fortress. In 1477, James III imprisoned his brother John, Earl of Mar, in one its cellars, where he died. When it was besieged by the Earl of Hertford in 1544 (on behalf of Henry VIII), it was surrendered on the condition that is wasn’t damaged, but it was burned nonetheless.

The castle is somewhat notorious. Craigmillar was restored for Mary, Queen of Scots, to live here in 1566-67 after the murder of her Italian secretary (and probably lover), Rizzio, by her husband Darnley. During her stay, a band of conspirators (including Argyll, Huntly, Bothwell, Maitland, and Gilbert Balfour plotted to kill Darnley. Mary’s room, in the south wing of the keep, is only 7′ by 5′, but contains two windows and a fireplace. Mary’s son, James VI, stayed here as well. Craigmillar was altered to a comfortable residence in 1660 by John Gilmour.

The bailey of Craigmillar is unique in that it survives almost intact and is nearly 300′ x 200′. It contains farm buildings, chapel, and gardens. The outer wall encloses a one acre courtyard.

The tower house, which forms the core of the castle, was fortifed in the 1420s by a massive enclosure wall. It forms a large couryards with rounded towers in each corner. The enclosure wall is about 5′ thick and 28′ tall in some places. Ranges of buildings were erected along the inside of three sections. On the east corner of the larger enclosure wall is a rounded doocot, suprisingly riddled with gunports.

Craigmillar has an unusual history. While it always remained in private ownership, it served as a semi-royal residence, used as a sort of adjunct to Edinburgh Castle and Holyrood House in nearby Edinburgh. It was particularly useful as a retreat for the royal household when plague hit the city, as it frequently did. The neighborhood surrounding the castle is often called ‘Little France’; Mary’s french courtiers often stayed here when she was in residence.

A walled up skeleton was found in one of the vaults in 1813 during restoration work.

The inner courtyard is very inviting. It is entirely cobbled, but the two large trees lead me to believe that it was probably a garden or at least had a bit more greenery. It really does have the feel of an italian piazza.

I originally walked to this window because I heard voices outside, a group of schoolkids were running around just below the window, and it took me a few minutes to realize they were speaking gaelic. I didn’t realize that Scots gaelic is actually quite different from the gaelic spoken in Ireland–or at least that’s what I discovered on the web. Of course, there were some places in the Highlands where people were speaking English and I had a hard time understanding them…I’m sure we sounded awfully funny to them, too.

And a few additional pictures: 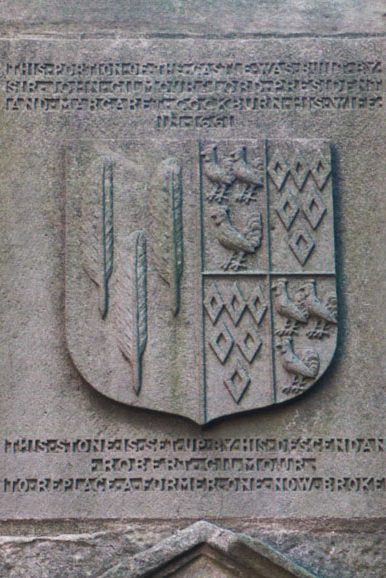 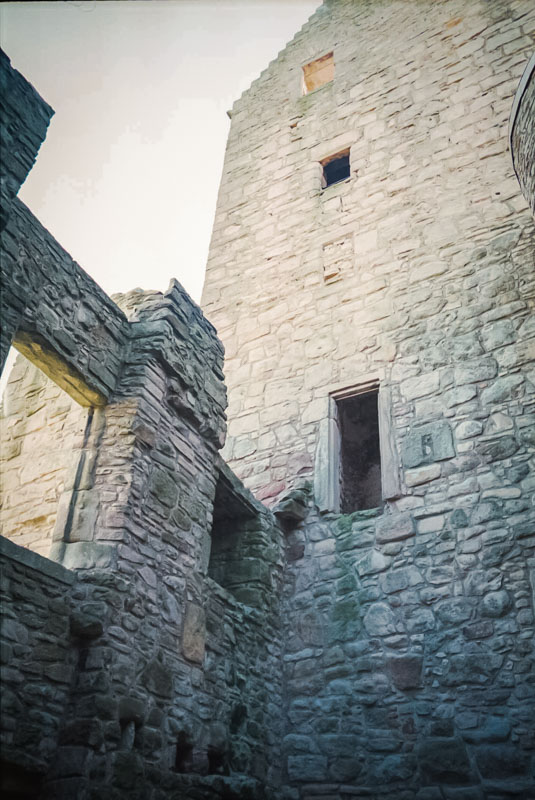 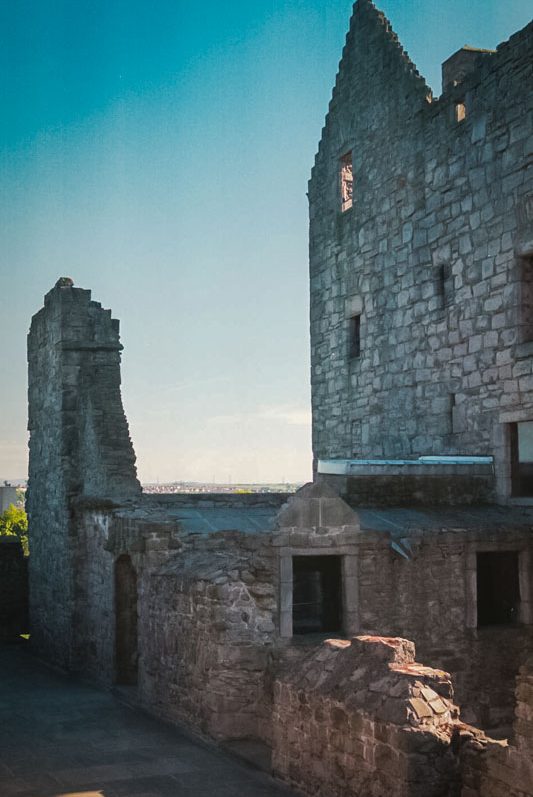 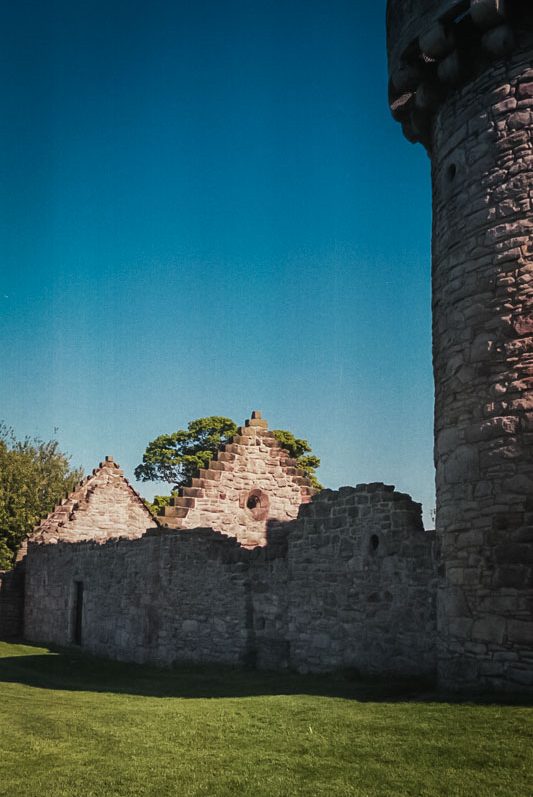