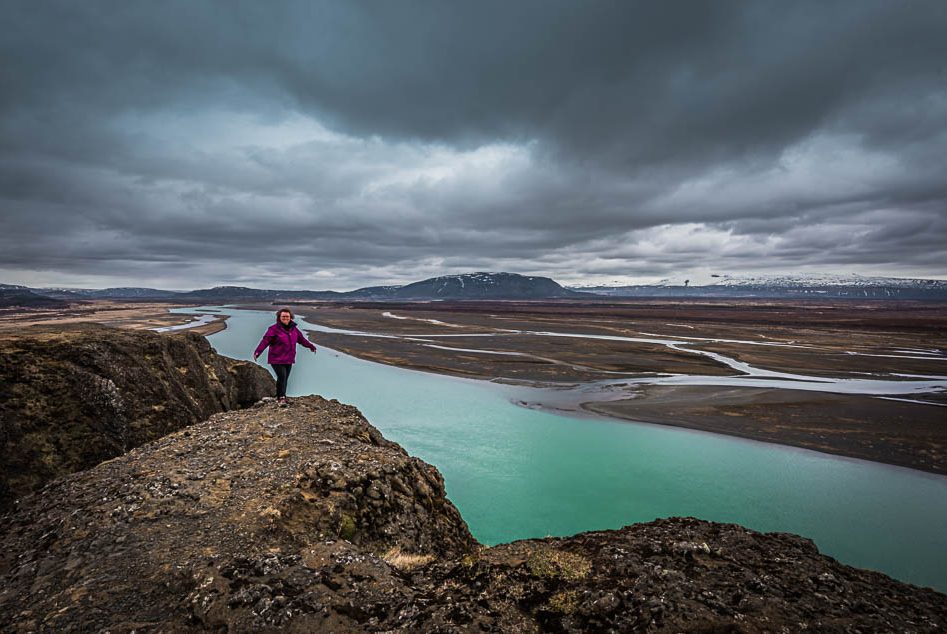 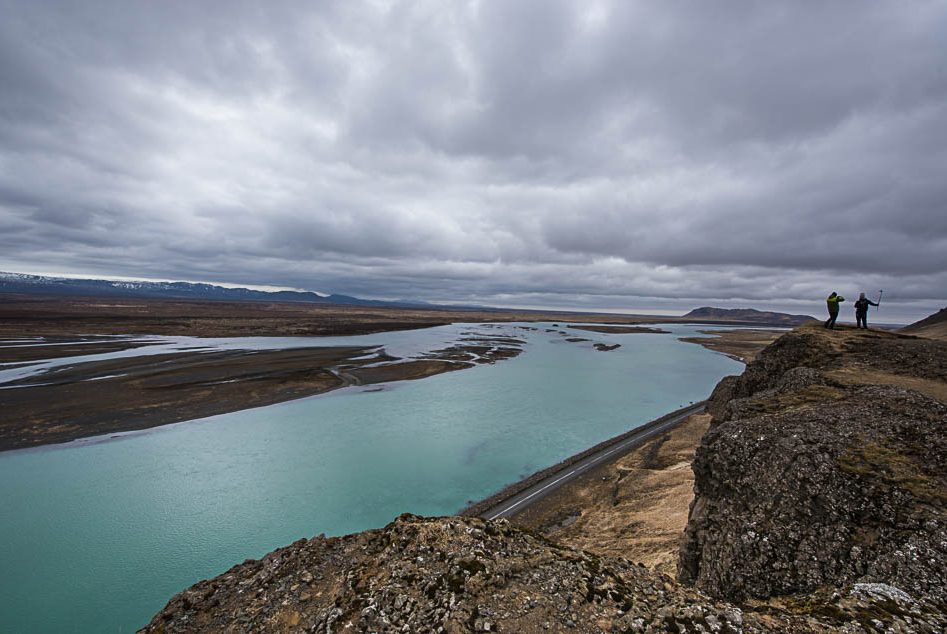 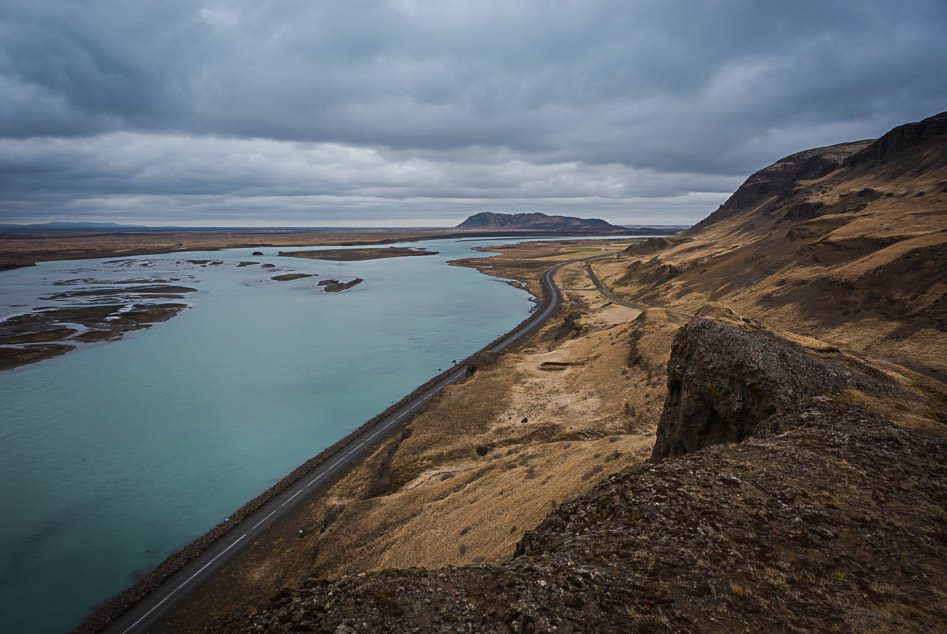 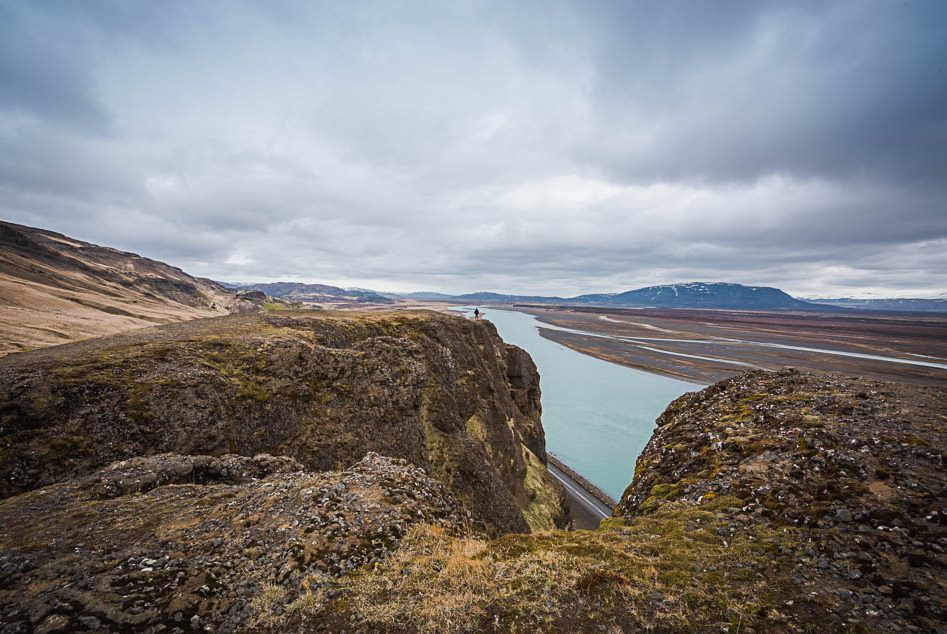 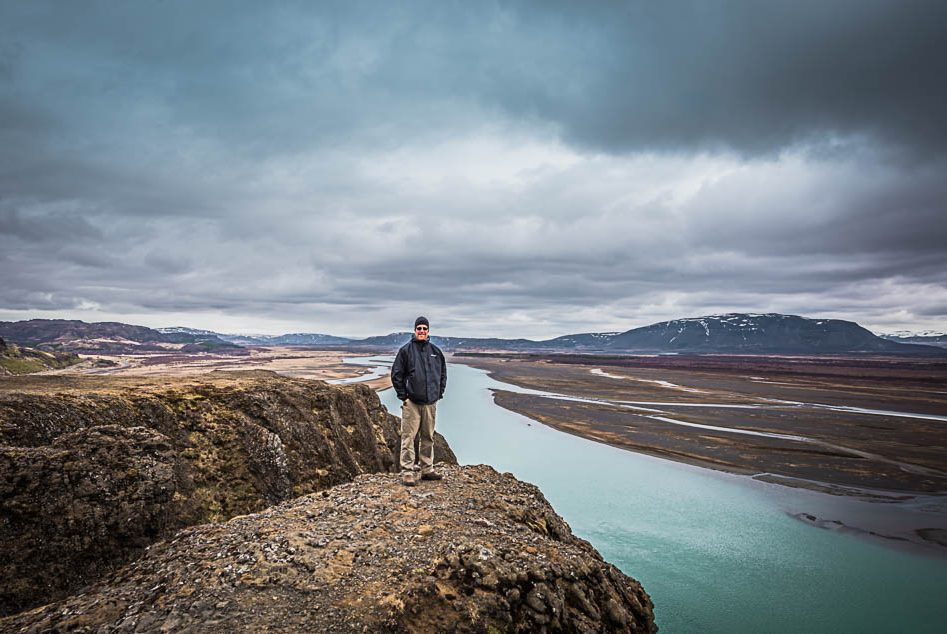 A small detour from the Rte 32, a steep climb up the rocky cliffs — and you’re rewarded with fabulous views over the wide aquamarine Þjorsá river. In the distance is the low mound of Hekla volcano.

The overlook point, with narrow trails on two rocky hills, perhaps 300 feet tall, is named for Gaukur, a 10th century resident of nearby Stong, a viking longhouse. The stories say he was murdered by his foster brother. Bones and weapons were found at the base of the cliffs, which everyone assumed must belong to the combatants.

The water is a rather spectacular color because it is primarily glacial runoff, which lends a greenish hue to the water.

Signposted off Rte 32, with a small parking areaNat.is