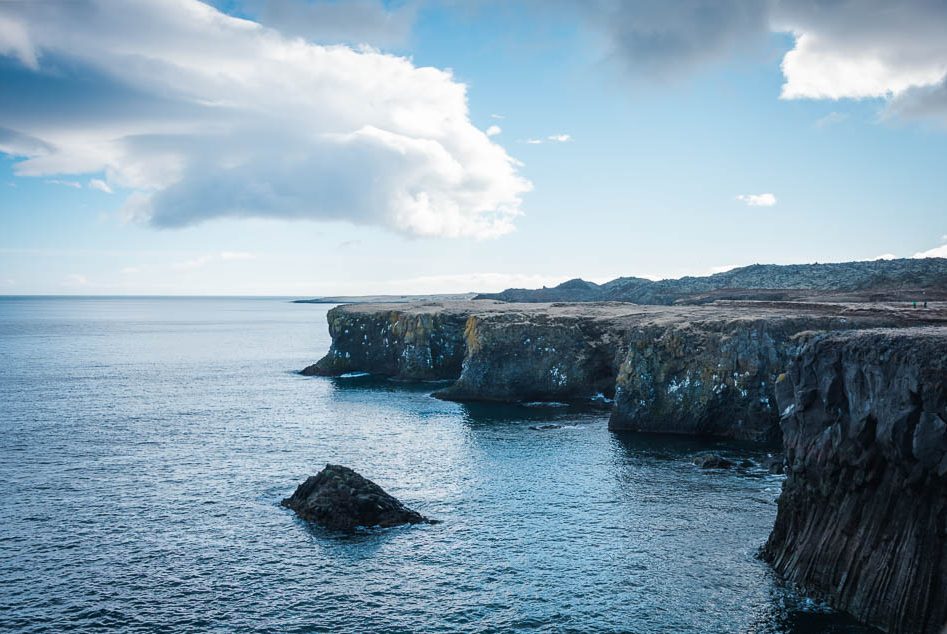 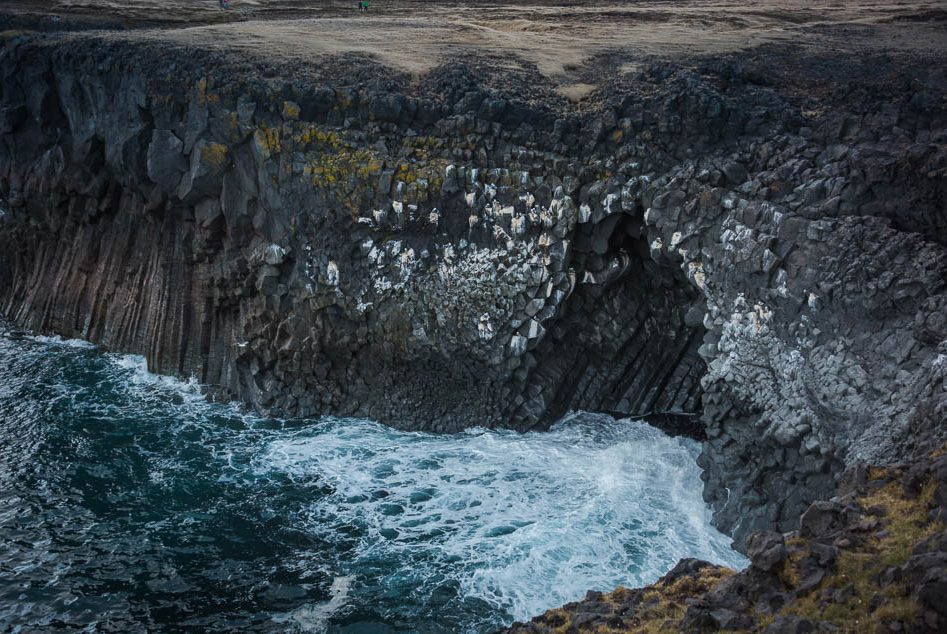 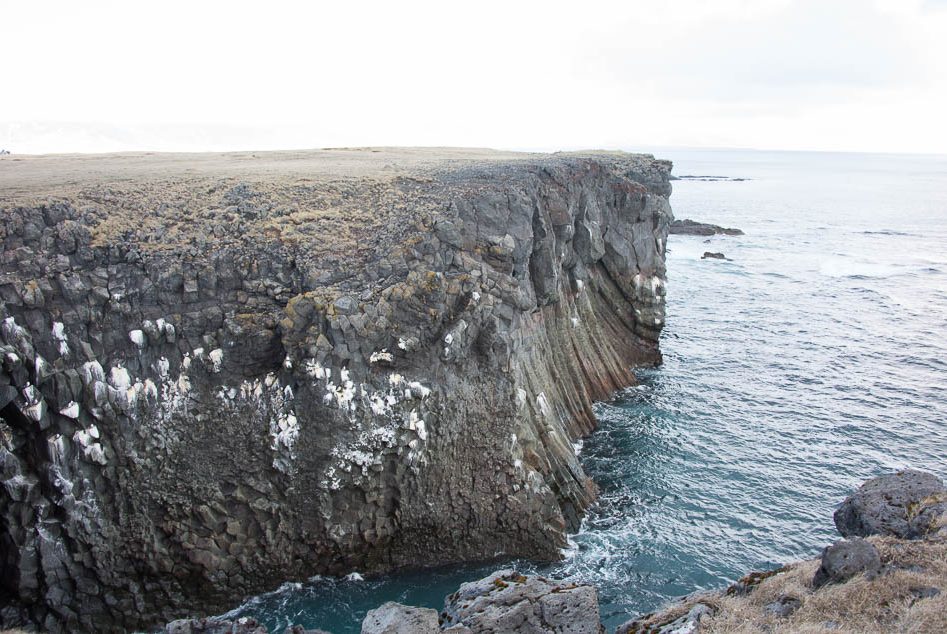 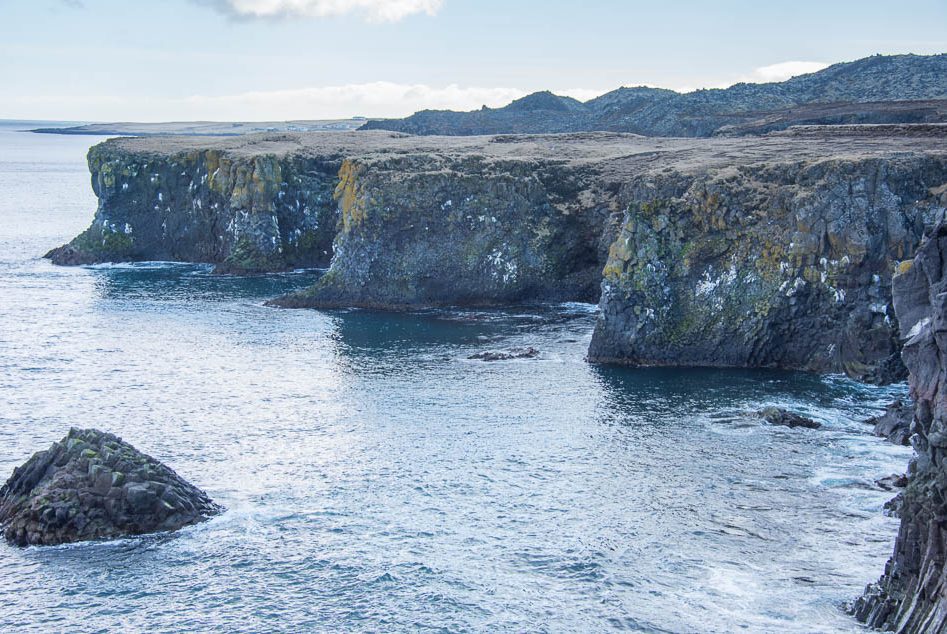 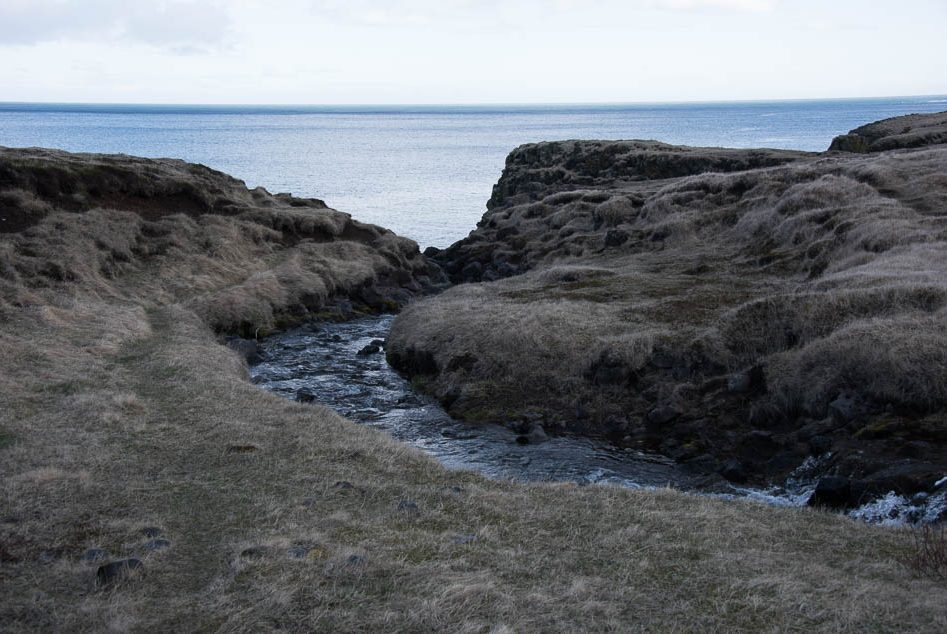 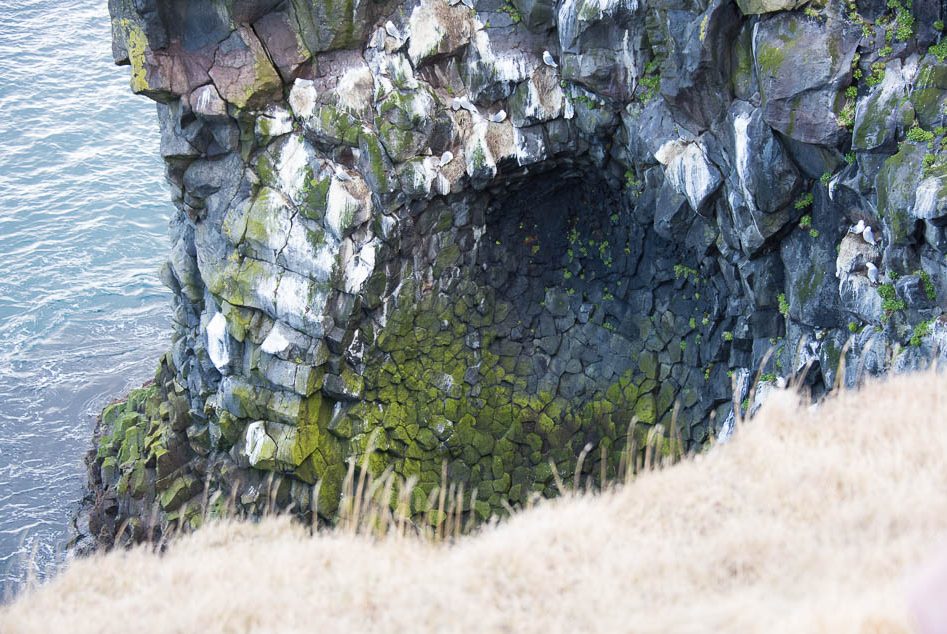 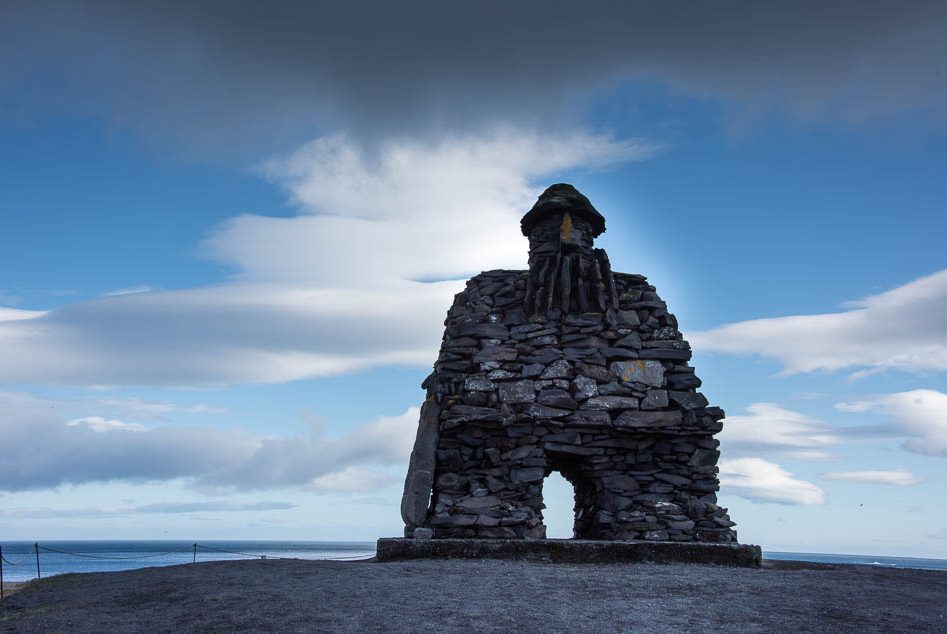 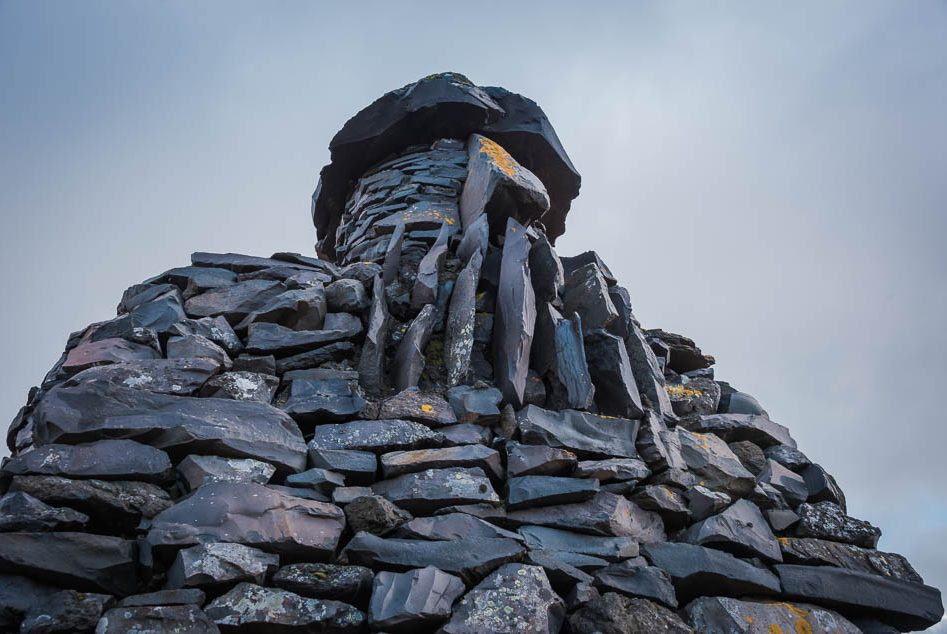 The southern coast of Snaefellsnes peninsula has a number of unusual rock formations near the small fishing village of Arnarstapi. The town is a busy harbor town, and is flocked by tourists in the summer. Early may, though, has only a handful of them walking along the cliffs to view the interesting rock formations and Gatklettur arched rock and the large bird colonies on the cliffs.

The path along the coastline passes anumber of lava formations, sea caves, and cliffs, many of them showing unique columnar basalt formations.  There is a viewing platform with a sturdy railing with views along the coast, but the rest of the path meanders along near the edge — be careful of the drop off, the grass and moss at the cliff top are not always secure. You can walk along the coastal path between Hellnar and Arnarstapi.

The giant viking sculpture is Bardur Snaefellsas, who is mentioned in the Bárðar sagas. He is a half-human, half-ogre adventurer and considered the guardian of the region.

The town is full of summer homes, and a campground, but not much else, and the coastal area has been a protected  nature reserve. Also, the town is mentioned in Jules Verne’s A Journey to the Center of the Earth, as the last place the party stops before descending into the local volcano.