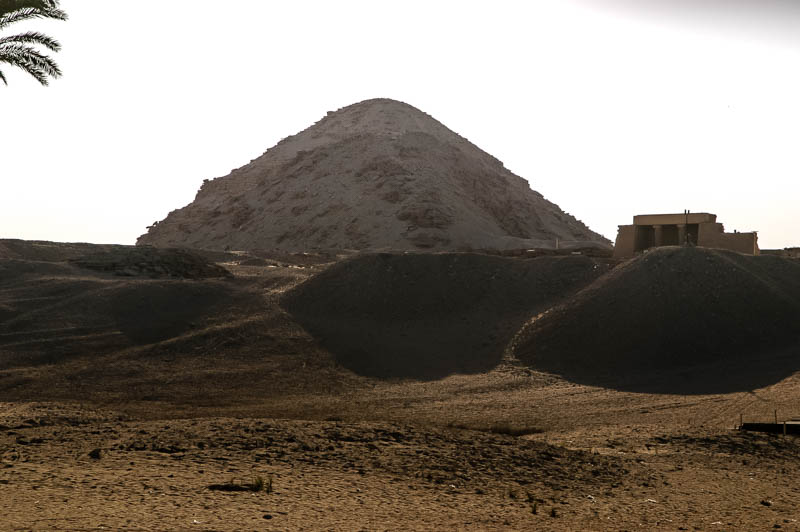 As close as we could get to the pyramid of Niuserre

Niuserre’s pyramid is in no better repair than the others at Abu Sir. It is squashed into the space between Sahure’s Pyramid and Neferirkare’s Pyramid, even to the point that the temple and portico are a strange l-shape, to avoid mastabas that were in place, and to allow Niuserre to usurp the valley temple foundations of this father, Neferefre. The causeway is the most complete on the site, however.

The pyramid is called “The Places of Niuserre Established”, and was constructed of seven steps of limestone blocks and mortar, and covered with a casing of fine white limestone. (You know, every description says “Fine White Limestone”, like it was a marketing term. Odd, that.) Some of the casing blocks remain in place on the southeast corner.

Niuserre is actually responsible for finishing a number of the pyramids at Abu Sir, including the pyramid of his father, Neferefre, his mother Khentkawes, and his brother Raneferef.

North of the pyramid lies the tomb of Ptah-Cepses, a mastaba in poor condition but boasting the earliest known lotus-topped columns found so far.